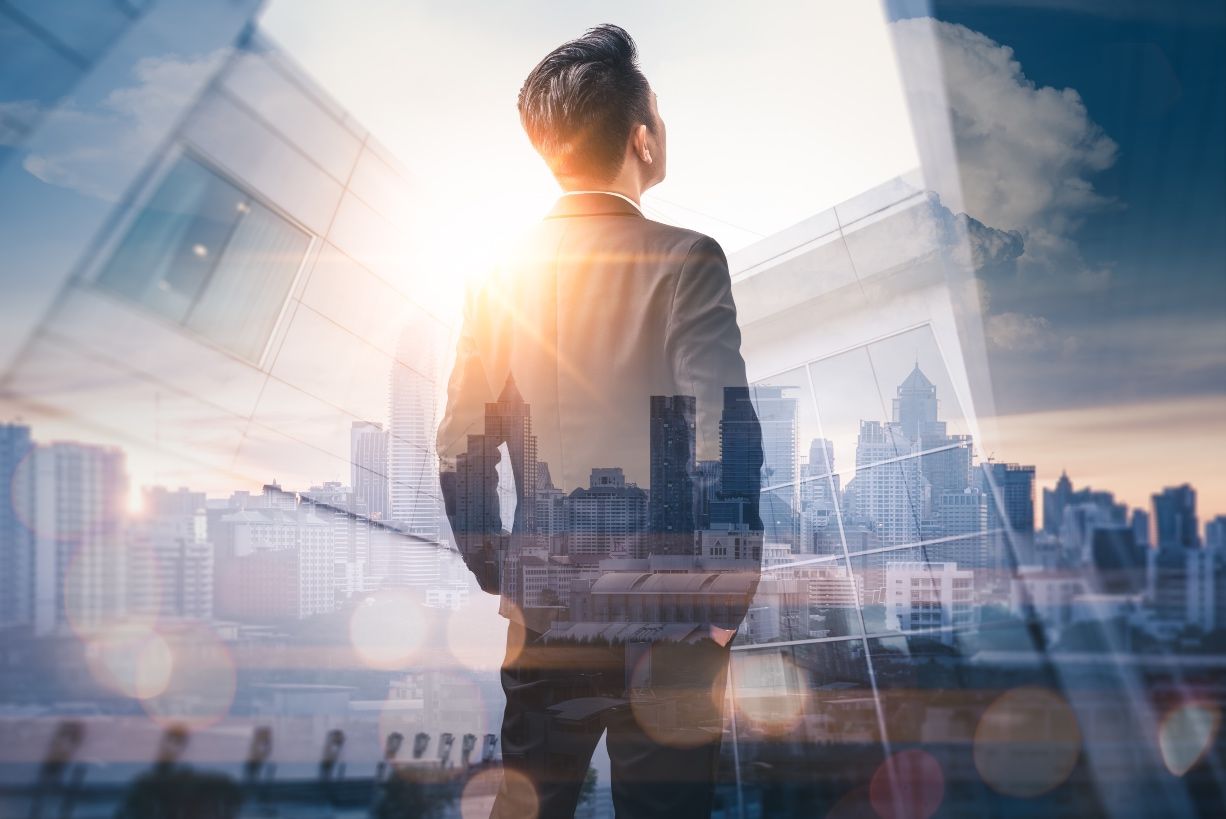 What Drives The Cryptocurrency Market?

Learn about key market forces that are pushing the cryptocurrency market higher. What makes Bitcoin different from fiat currencies in terms of inflationary mechanism?

What is driving the crypto market in this COVID hit economy?

One of the major reasons is the inflow of investments by behemoths like Square and Microstrategy, among others. Other factors like the deflationary qualities of capped crypto assets and ongoing developments in the blockchain protocols are also fueling the bull market.

Well, If you wish to dive into the nuances of the increasing crypto movement, keep reading as we will discuss just that.

The Whales are Betting Big on Bitcoin

According to various analytical sources, the cryptocurrency landscape would be flooded with the inflow of capital from large companies. And, as bitcoin is already on a bull run, investors will likely gravitate towards BTC.

The payment giant, Square, led by Twitter CEO Jack Dorsey, poured $50 million in bitcoins in October 2020. With this investment, nearly 1% of the total assets held by Square is in bitcoins.

Amrita Ahuja, Square's CFO, believes that bitcoin will witness a mass adoption soon, while the paper-coin currencies will lose their shine.

A month after this investment, Square’s Cash App, the P2P mobile payment platform, reported over $1 billion in bitcoin revenue.

Microstrategy Holds Bitcoin Instead of Cash

A Nasdaq-listed business intelligence firm - Microstrategy has put aside $250 million for their inflation-hedging funds. And guess what? They invested all of these $250 million in bitcoins in August this year.

Microstrategy believes that bitcoins are a reasonable hedge against inflation. According to Michael J. Saylor, CEO of Microstrategy, bitcoin is a more reliable store of value with much greater long-term appreciation than cash.

JP Morgan and Fidelity Assets were among the first few major companies to entrust the cryptocurrency universe.

JP Morgan went miles ahead in the crypto space by releasing their native cryptocurrency, JPM coin, in February 2020. Each JPM is redeemable for one U.S. dollar, which is why it is called a stablecoin (cryptocurrencies which are immune to extreme volatility as their value is backed by less-volatile assets like fiat money, or gold, bonds, etc.) Well, JPM transactions are indeed fast, thanks to their crypto qualities. However, it is still prone to inflation as its value is tied to the U.S. dollar.

Fidelity, the leader in financial services, with $7.2 trillion under its hood, also tapped into the potential of crypto. They established the Fidelity Digital Assets custody unit in 2020. This unit develops transition protocols for crypto-assets and implements those protocols into succession plans for their clients.

PayPal Is Going Crypto in 2021

In October 2020, PayPal announced its cryptocurrency features. Starting in 2021, PayPal will allow its users to buy and sell major cryptocurrencies like Bitcoin (BTC), Ether (ETH), Litecoin (LTC), and Bitcoin Cash (BCH) on PayPal. Considering PayPal's user base of around 361 million people, this announcement is a major step towards the mass adoption of crypto coins.

This move reflects the views of Dan Schulman, president and CEO of Paypal. Dan believes that the transition from fiat money to digital currencies is inevitable, and thus, it is better to embrace the future at the earliest.

Bitcoin is Immune to Inflation

Bitcoin is a decentralized currency. This implies that unlike fiat money, governments cannot manipulate the Bitcoin ecosystem by pushing new bitcoin units into circulation. To be more precise, the Bitcoin network is algorithmically hard-capped at 21 million BTC units, out of which 18 million are currently in circulation, that's 85% of the total BTC supply. Moreover, around 4 million BTCs have already been lost according to Chainalysis research, which significantly diminishes the total supply.

New bitcoins are released as a reward for the mining activity on the Bitcoin network. Miners are rewarded with BTC units for contributing their computational power to verify transactions and adding new blocks to the Bitcoin blockchain.

In theory, the limited supply of bitcoins will increase its value as the demand surges. Plus, the halving event acts as an internal inflation control for bitcoin by reducing the pace of bitcoin release. All of these factors will make bitcoin immune to inflation. The fact that the purchasing power of bitcoin has increased exponentially since its launch only seems to verify this claim.

Well, bitcoin was launched after the 2008 recession and it emerged as a potential solution for the loopholes inherent in the increasing centralization of the economy. It was the social distrust in centralized fiat money that fueled the rise of decentralized cryptocurrency - bitcoin.

Yet again, as the world is slowly falling into recession due to the COVID-19 pandemic, people are realizing the worth of bitcoin. Central banks are poised to flush the economy by printing new currencies to control inflation. This will further reduce the purchasing power of fiat money as the prices of commodities will increase. Moreover, the institutional distrust planted during the 2020 U.S. presidential election is reducing the confidence in the dollar.

On the other hand, bitcoin seems largely unaffected by the ongoing economic stress as its supply is algorithmically limited and controlled. The fact that bitcoin reached a record high of $28,700 on December 31, 2020 is indicative of this claim. Most importantly, bitcoin is now seen as a potential alternative to fiat in some ways.

Is Decentralized Finance (DeFi) the Future?

Ethereum, the world's second-largest cryptocurrency, carved a new financial universe with its introduction of smart contracts or, it perhaps pioneered the future of finance.

Decentralized finance or DeFi is a financial ecosystem where every financial widget - lending, borrowing, payments, derivatives, you name it- is provided without any middlemen. This is made possible with self-executable codes called smart contracts that mostly live on the Ethereum blockchain. Also, as smart contracts run on a decentralized network, there is no central focal power.

According to DeFi Pulse, the total value locked (TVL) in DeFi smart contracts, at the time of writing, is around $20,17 billion. Considering that the DeFi is still in its infancy, these numbers are indicative of its future potential.

Also, with Ethereum set to upgrade to Ethereum 2.0, the DeFi world may benefit from it.

Here's a quick overview of Ethereum 2.0:

Ethereum Foundation announced the release of Ethereum 2.0, popularly called ETH2 or Serenity. ETH2 upgrades will be shipped in several phases over a few years to make Ethereum more scalable, secure, and sustainable. The first phase 'Phase 0' went live on December 1, 2020.

There are two significant upgrades in ETH2

Ethereum 1.0 will move from its current Proof of Work (PoW) algorithm to a PoS consensus in ETH2. In contrast to PoW, the PoS requires nodes to stake a minimum of 32 ETH units to become a validator node and verify transactions. If a validator tries to fool the Ethereum network by signing false transactions, their Ethereum stake will be slashed. Unlike PoW, PoS isn't a competitive consensus mechanism, this will save enormous amounts of electricity.

To increase the scalability of the Ethereum network, nodes in ETH2 will be divided into several shard chains. These chains are a subset of the Ethereum blockchain network where each node only needs to download, compute, store, and read the transactions of the concerned shard and not of the whole network. This distributes the processing load of the network, thereby improving scalability.

Any development is driven by its ability to solve the existing problems effectively. Cryptocurrencies are somewhat successful in solving issues that plague the current financial fabric, such as centralization, inflation, high fees due to intermediaries, etc.

As a result, everyone is adopting crypto and blockchain technology, be it behemoths like PayPal or small vendors. Moreover, cryptocurrency is still in its infancy and is evolving day-by-day.