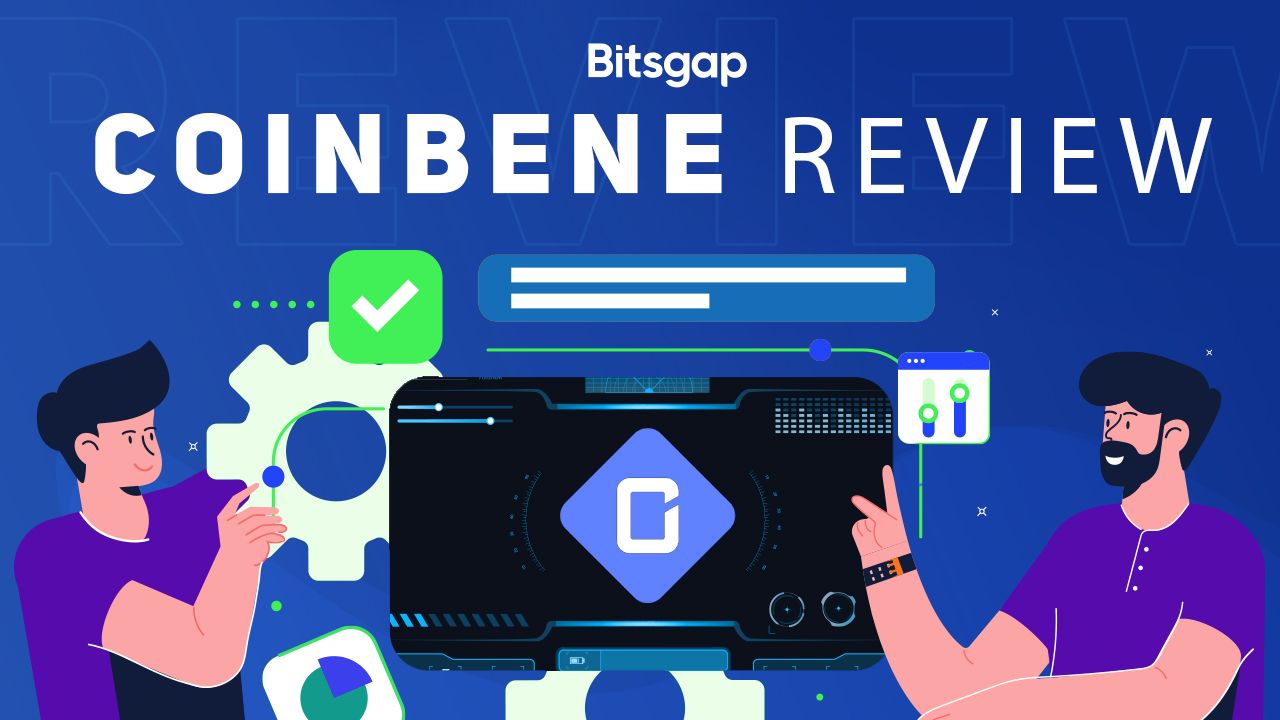 How to Carry Out Automated Trading on CoinBene Using Trading Bots

CoinBene positions itself as a safe and trustworthy cryptocurrency exchange that provides users with an easy-to-use platform for crypto-to-crypto trading. It is one of Asia's most promising exchange platforms and one of the world's largest ones.

CoinBene positions itself as a safe and trustworthy cryptocurrency exchange that provides users with an easy-to-use platform for crypto-to-crypto trading. CoinBene is one of Asia's most promising exchange platforms and one of the world's largest ones.

It has one of the highest bitcoin (BTC) trading volumes in the industry, despite being relatively unknown. CoinBene considers itself to be a prominent expert in the field of smart contracts. The blockchain exchange lists most smart contract tokens, making it a comprehensive trading platform for many customers.

CoinBene began operations in November 2017. Since then, it has witnessed an astonishing ascent to become a consistent top-30 exchange in terms of the 24-hour transaction volume. CoinBene claims it processed $3 billion in transactions over its first year of operation.

The CoinBene exchange is headquartered in Singapore and has operating bases in Hong Kong, Malaysia, China, Brazil, and other locations. The platform also has users in over 200 countries. Its user base is catered for by a multilingual interface that supports Mandarin Chinese, English, Korean, Japanese, Portuguese, Spanish, Vietnamese, and other languages.

CoinBene also functions as a mining exchange with its Ethereum (ETH)-based cryptocurrency, CONI.

In 2019, CoinBene was accused of covering up a cyberattack, and the exchange disputed the allegations and claimed that the outgoing fund resulted from routine maintenance. Howdoo's CEO, David Brierley, reportedly attempted to initiate a class action lawsuit against CoinBene. He claimed the platform had lost 18.4 million of its token udoo (uDOO) worth around $209,000 in the process.

CoinBene has received overwhelming accolades from its users throughout the years. It is consistently ranked among the top crypto exchanges on numerous ranking sites and has collaborated with several stablecoin institutions, including Paxos Standard and Gemini Dollar.

CoinBene offers a range of dynamic services. Users can trade cryptocurrency, fiat, and indulge in futures trading. Over-the-counter (OTC) trading, liquidity management, and marketing services are all available. Bitcoin, ether, and tether (USDT) are examples of crypto assets on CoinBene. However, there are several additional cryptocurrencies and tokens available.

The CoinBene exchange lists numerous coins and trades them with the fundamental pairs BTC, ETH, and USDT. There are 50 ETH pairs, 31 USDT pairs, and 24 BTC pairs.

The most well-known coins among the several assets available on CoinBene include bitcoin, bitcoin cash (BCH), ether, XRP, litecoin (LTC), and OmiseGO (OMG). The exchange records an average 24-hour trade volume of roughly $792 million. The most traded pairs on the platform include BTC/USDT, ETH/USDT, and ETH/BTC.

The exchange has a Fair (C) rating and is ranked 115th in terms of transparency and volume among exchanges on Coinmarketcap. CoinBene accounts for less than 1% of the overall volume in the crypto sphere. They accept the following fiat currencies for trading: the Brazilian real (BRL) and South Korean won (KRW).

The website interface is designed so that any user will find it convenient to use. It follows a format that is common on most exchanges and familiar to most cryptocurrency investors.

The interface offers a variety of cryptocurrency trading pairs found to the left. CoinBene allows you to trade BTC, ETH, and USDT, and the three columns show the coin in the pair, the value, and the percentage change.

The price chart is a candlestick graph that allows users to add dozens of indicators to aid their trading strategy. Hovering over any point reveals exact numbers for the open, high, low, and close, as well as the date and time of that specific candlesticks. Traders can also add or remove the MACD, RSI, and KD indicators available on the interface.

In the price chart, there is a setting that lets traders modify the layout of the trading interface to their liking. Users can change the overriding minimum tick, scales, backdrops, colors, borders, wicks, scale position, and time zones. The bar styles, hollow candles, Heikin-Ashi line, or area charts are changed easily with one click.

There is also a form for buying or selling cryptocurrency beneath the price chart. An order book is found with the buy orders in green, while the sell orders are red.

CoinBene utilizes the maker-taker trading fee model, and it offers a flat rate of 0.20% for both makers and takers. Compared to the average trading fees across exchanges, CoinBene's taker fees are lower than the industry average, but its maker fees are higher.

According to recent research on crypto exchange trade fees, the average spot trading maker and taker fee is currently 0.177%  and 0.221%, respectively.

Users can also get a reduced trading charge if they have enough CONI on their account. This strategy aims to encourage traders on the exchange to purchase large quantities of the CONI coin.

For withdrawal, CoinBene charges only a  network fee, and it does not charge any other fees aside from this. The fee charged on withdrawal is also far below the global industry average.

When it comes to security, CoinBene takes a proactive approach. The platform carries out KYC checks on the first withdrawal of crypto funds. Users would need to complete the verification process in line with the rules and conditions of the exchange. Traders are also required to provide basic personal information, such as email addresses and formal documentation. The verification approval may take several days.

In addition to this, the exchange has a strategic technical partnership with Komodo, a blockchain platform that delivers security, scalability, interoperability, and adaptability.

Komodo helps CoinBene prevent cyberattacks, thereby increasing the overall safety of the ecosystem. Komodo employs a proprietary delayed proof of work (dPoW) technology developed by its engineers as a security feature. It is a modified version of the proof of work (PoW) consensus process that uses the hash power of the Bitcoin blockchain to improve network security.

Additional security is provided through two-factor authentication. CoinBene makes use of Google Authenticator to provide this security feature available on both mobile and web platforms.

Like other popular cryptocurrency exchanges globally, users have an opportunity to launch trading bots on CoinBene. This allows it to be competitive, given the growing importance of automated trading among crypto traders.

It is crucial to note that there is no built-in cryptocurrency trading bot on CoinBene. Instead, it provides a solid API that allows third parties to offer trading bots. This is necessary as CoinBene interacts with multiple partners in order to stimulate users’ trading activity. As a result, CoinBene auto trader can be built using standard programming tools and work efficiently without giving too much access to third parties, thereby keeping everyone safe.

Bot trading on CoinBene gives traders more alternatives for crypto speculation. CoinBene's APIs allow its users to connect in a highly secure manner. This is critical to ensuring traders’ safety, as long as they engage with reliable bot suppliers like Bitsgap, which is the best trading bot for CoinBene so far.

Traders can take advantage of the numerous services available on CoinBene by deploying trading automation. Bitsgap offers a suitable solution for anyone seeking to auto trade CoinBene exchange using bots.

Bitsgap provides various services that new and old crypto traders would find beneficial to their trading strategy. New users are offered a seven days trial period before a subscription is required for Bitsgap packages.

To connect both platforms, users need to generate a set of API keys to connect their exchange accounts with Bitsgap. Traders can create API keys on CoinBene by doing the following:

After creating your API key, all that is left is integrating it with Bitsgap. The steps to do so are as follows: