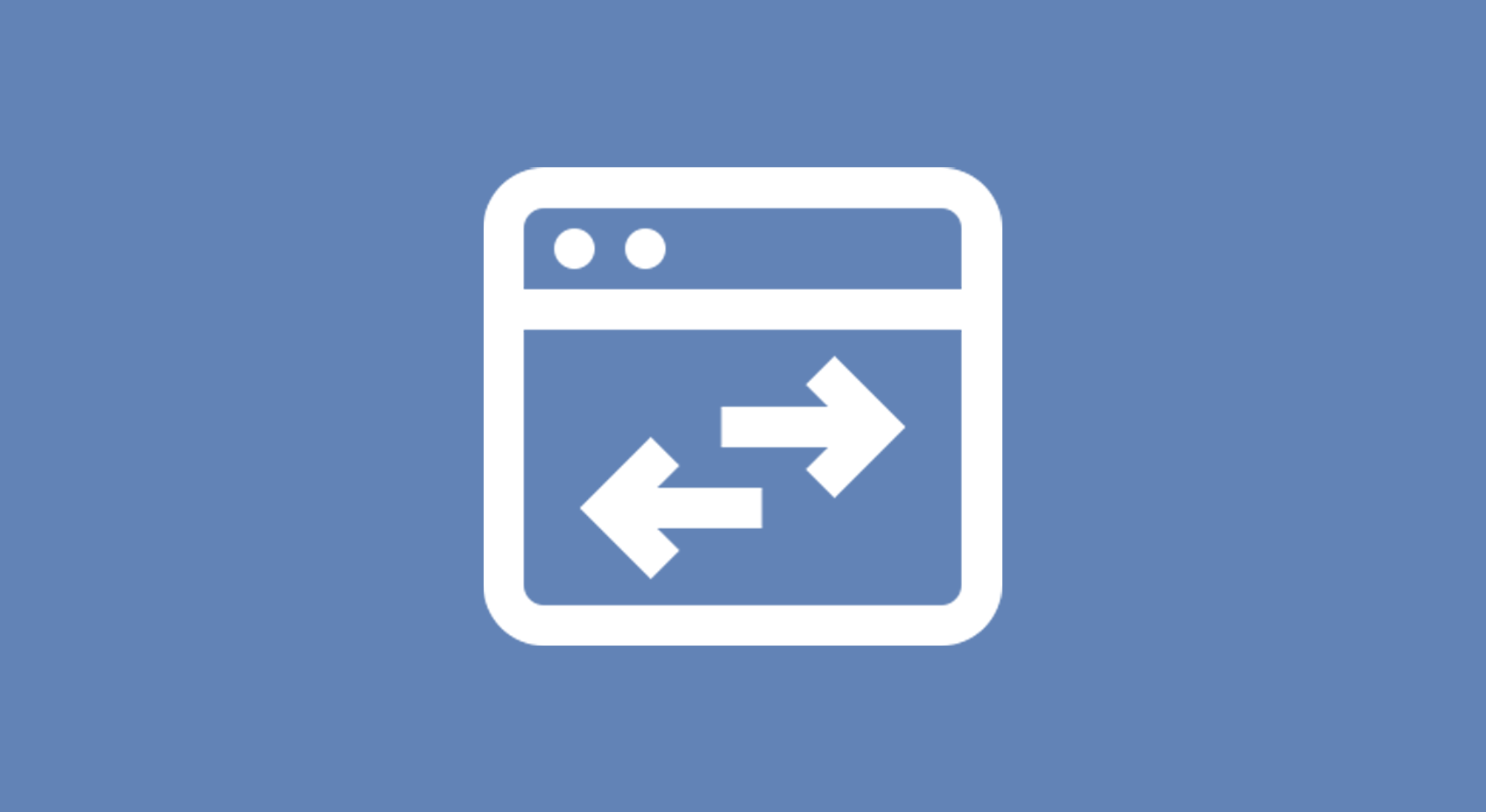 How do Bitcoin and other crypto transactions work - fees & tracking

If you’re new to crypto trading, then you might be still confused with many things. Bitcoin and altcoins are entirely new assets, and learning them takes some time. How do they work? Can you cancel Bitcoin transactions? Keep reading to get the answers to these and many more questions.

If you’re new to crypto trading, then most likely you’re still confused about many things. Bitcoin and altcoins are entirely new assets, and learning them takes some time. If you’re still not sure what’s going on with cryptocurrency transactions, that’s okay, because in this article we’ll be addressing all of your concerns.

How do they work? Can you cancel Bitcoin transactions? Are they reversible? Keep reading to get the answers to these questions and many more, that will help you to understand how the system works exactly.

What are bitcoin and blockchain transactions

However, these transactions are not simply limited to financial data, you can submit nearly any kind of information to the blockchain to keep track of it, and blockchain transactions make it all happen.

Despite what many people believe, most cryptocurrency transactions are not anonymous. In fact, even most “privacy” based currencies are not really private. They really just use intricate tricks which confuse those who try to look into the ledger, leading them on wild goose chases or obscuring the true wallet from which the transaction originated from.

All of the transaction information is recorded, and there’s always a possibility that this information can be revealed, even if the chance of this is very small.

How are transactions verified on the blockchain

Transactions on the blockchain are verified by miners. A miner is another person who is running the appropriate software for the network. Their computer is asked to solve complex mathematical cases in order to claim a block of transactions, and when they do, they are awarded a specified amount in crypto coin for solving the equation.

Mining takes a lot of resources to accomplish, and this is the part of the design that secures the blockchain because it’s honestly too expensive to try and cheat the system. Currently, miners are awarded both a set block reward for claiming a block and transaction fees, but once all of a cryptocurrency is mined they will rely solely on the transaction fees for income.

No, Bitcoin transactions are not instant. The amount of time it takes for them to verify varies, and you could be looking at a wait time of a few minutes or even a few hours. This is particularly true if you submit a transaction with a low mining fee.

If you want your crypto transaction to process more quickly, then choose the high-priority option to get it passed through the network faster. Miners are more likely to pick up a higher paying transaction. If you choose a very low fee, then your transaction could be stuck unconfirmed for days or it may never even be confirmed at all and get dropped.

Cryptocurrency transactions are not reversible. They are permanent. This is by design because it keeps people from trying to perform fraudulent chargebacks to steal from people as it is often done with other payment methods.

Cryptocurrencies were intended to act as a digital cash transaction, and once you have cash in hand there’s no going back. For expensive items, you should utilize an escrow that holds on to your crypto until you can inspect the goods you’re purchasing.

Why do Bitcoin transactions get stuck

If you submit a transaction with a very low fee, then it could be stuck. This normally happens when there is an influx of activity on the Bitcoin network, and if you have a pressing need for the funds to be delivered quickly then you should choose a high-priority level fee. Otherwise, your transaction could be stuck for a very long time as miners pass it over for higher paying transactions.

No. If your transaction is unconfirmed then eventually it will be dropped to make room for new transactions. However, the amount of time that this actually takes is pretty iffy, and you could actually spend days waiting for a stuck transaction to drop. Some wallets might even rebroadcast the transaction perpetually until it gets picked up. It really just depends on what software you’re using.

Can I cancel unconfirmed blockchain transaction

You can’t really cancel an unconfirmed transaction, but it is possible to use a workaround to try and get it to confirm. This is called Replace By Fee, and it’s only supported by certain wallets.

If you use this feature, then you can actually send a duplicate transaction with a higher fee, in hopes that the one with the higher fee will confirm and unstick the original transaction. If you’re trying to cancel an unconfirmed transaction because you made a mistake in sending it, then you’re likely out of luck though.

Transaction speed varies greatly between cryptocurrencies. Some legacy cryptocurrencies could take hours or even days to confirm if you’re quite unlucky. However, some newer and speedier altcoins can confirm almost instantly.

Unfortunately, if the most of your funds are in a slower currency it can take just as long to swap as it would to simply wait for the original transaction to confirm.

What is a transaction fee

Every transaction comes with a fee. This is, of course, the incentive that miners or exchanges get for facilitating your transactions. The amount of this fee will vary based on the state of the network, or in the case of exchanges it will be based on a percentage of your trade amount.

These are subject to swing wildly in value, and you should make note of it before pressing send button. If the fees for sending your transaction are too high, then you could try waiting to send until the network is less congested and the fees begin to go down.

Who gets Bitcoin transaction fees

Transaction fees from sending Bitcoin to another wallet go to the miners. Miners are people who use their resources to support the network and confirm the transactions that are stored in blocks when you send them and then passed on to the blockchain. This is an important step in maintaining the integrity of the entire Bitcoin network, and of course, this job deserves payment.

How are the fees calculated

Bitcoin transactions are a part of a bidding war. There’s only a certain number of blocks within a set timeframe, and miners will try to shove transactions into these blocks. They obviously want to make the most money that they can so they will process the highest paying transactions first.

This raises the estimated “priority fee” to confirm transactions, and when there are too many transactions flooding the network people continue to bid up, and in some cases, the fees can skyrocket because of it.

There’s not much you can do in these cases other than to either wait to send until the fee prices go down or wait for slower times in the network and try sending your transaction then for a reduced fee.

Can the transaction be made without a fee

For some cryptocurrencies, there are fee-less options. However, for Bitcoin, a fee must be always included. You can choose to use a lower fee amount if you want, but keep in mind that miners are more likely to pick up higher fee transactions.

If you don’t mind waiting a while for your transaction to be confirmed though you could save on fees, but a more efficient way to reduce fees is to send bigger transactions instead of many smaller ones.

It seems like there might be case at the height of the crypto craze, but it’s much more likely that Bitcoin will be simply forced to evolve if it wants to stay competitive. This includes changing core network principals to handle the influx of new users and adopting new standards that can help to control times of extreme growth.

What is the Bitcoin transaction mempool

The mempool is like purgatory for Bitcoin transactions. When you send a transaction before it is confirmed it must be picked up by a miner. In order for that to happen all of the unconfirmed transactions are dumped into the mempool. Every node is connected to the mempool, and this is where they pull transactions from to include in blocks that they will confirm then.

As you’ve probably guessed, this is a giant pool full of the transactions from everyone in the world who is using Bitcoin. Choosing a higher fee makes you stand out in this pool, and it makes it more likely that a node will add your transaction to their block.

Lower fee transactions will wallow in the mempool until the network glut thins out and the node must choose less valuable transactions to fill up their blocks.