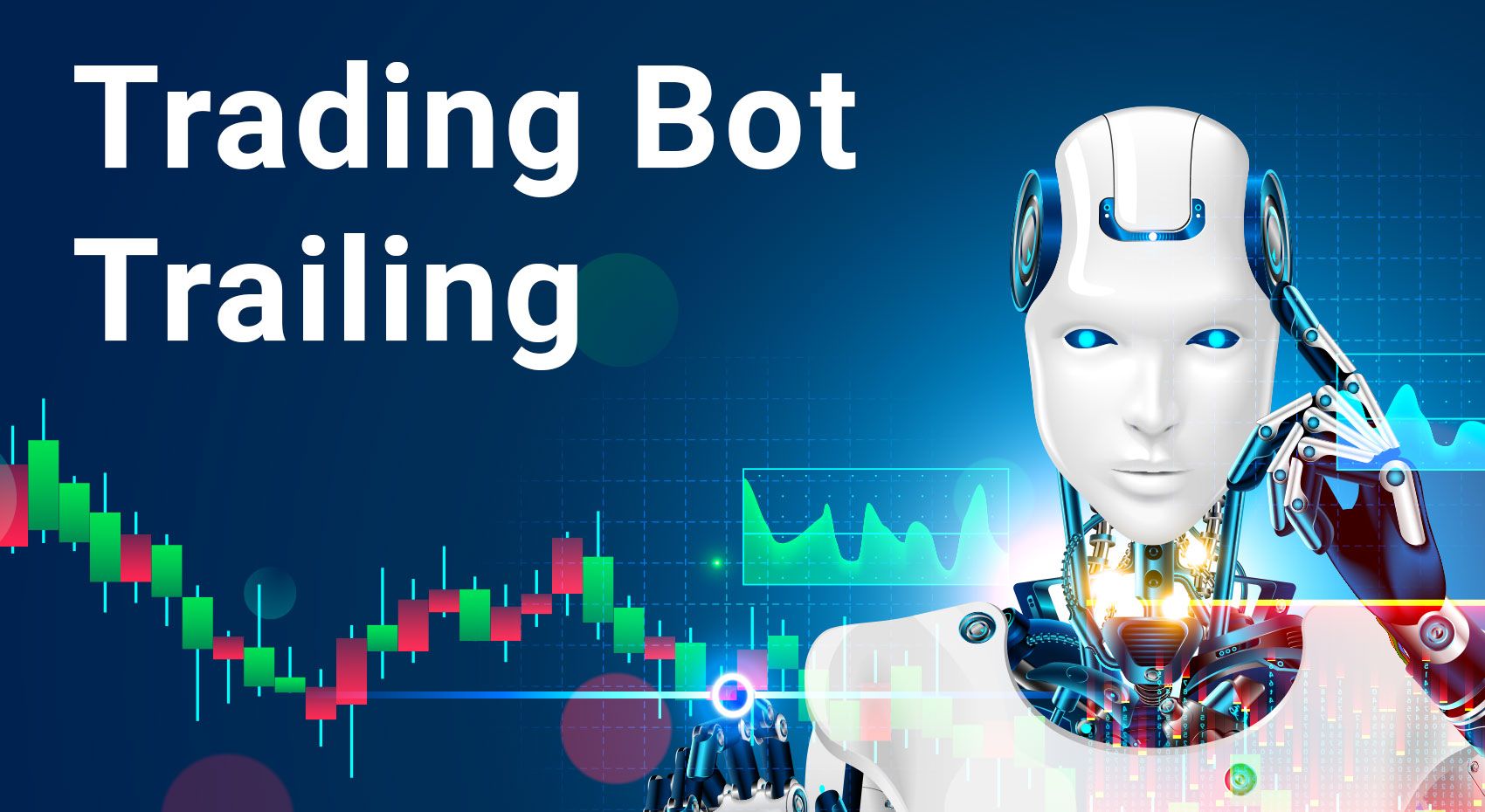 All new Bitsgap “Trailing” function allows trading bot to move levels automatically if the price of the cryptocurrency increases and crosses the upper threshold. This will allow you to increase the profitability of the bot by following the price action above your original parameters. The operating principles of this new option are explained below.

The standard Bitsgap Trading bot utilizes the grid strategy trading when the platform automatically buys and sells cryptocurrency within a fixed price range inside the user-defined Upper and Lower Limit.

The bot grid on the chart consists of green and red lines: red lines are sell orders, while green lines represent buy orders. When setting up the bot, the system determines the required amount of currencies in the pair you need to have, based on the specified investment. If there is an insufficient amount of currency to start the bot, you will get an option to buy the missing volume by selling or buying the currency at the market price.

The idea of the bot is to generate profit in the form of the quote currency. For example, in the BTC/USD pair, BTC is base currency (traded currency) and USD is quote currency (i.e. you buy and sell Bitcoin for dollars).

Benefits of the Trailing option

The standard bot works well in a sideways market when the price fluctuates within a selected range. When the price of the currency exceeds the upper threshold of the grid (Upper price), the bot that is configured with original settings will stop trading and becomes idle until the price returns to the trading range. This limits the potential of the rising market to be utilized, so the Bitsgap team has developed a Trailing option.

Trailing option allows the trading bot to automatically follow the price and move the grid upwards to continue working with a new range.

When the price crosses the upper price and Trailing option is enabled, the bot moves the entire grid by a specified percentage (profit per grid) starting from the lower levels (lower price).

Important features of the Trailing Bot

During the initial configuration, the system operates by the "profit per grid" option - this value shows how much profit percentage the bot earns at the moment of the filling of the sell order.

"Profit per grid" is calculated by the following formula:
[Distance between grids in %] - 2x [maker fee in %]

Upward Trailing Step = [Distance between the grids in %]

Please note that the real distance between the grids will be a bit larger than the Profit per grid thus we include the exchange fee in it.

Example of a trading bot without Trailing

On the chart above you can see the work of the standard trading bot without Trailing function. The bot stops executing trades once the price has crossed the upper threshold of the range. In this scenario, your unrealised Profit will be 0%, as the whole base currency was traded into the quote currency. This is an ideal moment to close the bot.

On the chart, you can see only green lines which means that there are only buy orders remain that use the quote currency. You will have to wait until the price returns to that range for the bot to resume work.

Example of a trading bot with Trailing enabled

When the price crosses the upper price threshold and continues to move further, the bot with enabled trailing option will automatically move the lower grids of buy orders to the top position of the grid. This allows the bot to work even in the new range using the same distance between grids.

With these new settings we would require more volume than one grid has. Bitsgap will close all the necessary number of grids from the bottom to release the needed funds.

This way the total number of grids begin to decrease due to the necessity of an increased volumes to be used in the new price range. At some point, to set a new grid at the top it may be needed to cancel two levels at the bottom.

Look at the chart above and imagine that the bot followed the price upwards, repositioning the lower levels. From the initially set number of 20 grids, only 12 remain. This is because the price of the trading pair has increased by 40% and the bot required more quote currency to continue working in new conditions.

At some point, the price of the currency drops and your buy orders are filled, turning into sell orders (they are marked with red lines on the chart). The price continues to fall below the lower price. In this scenario, the bot will become idle and you will get a significant decline in Unrealized Profit.

If you are not planning to hold the base currency for the future, the most reasonable way to reduce the potential loss is to use Stop Loss option - automatic sale of the base currency using the trigger when the price reaches a specified price level.

The price movement is identical to the one presented in Scenario 1, but here if the price falls the number of levels will be decreased by 40% from 40 to 26. But the profit per grid will remain at 0.86%.

Due to the more number of grids and the extended distance between them, the bot will continue to generate profit, while the Unrealized Profit, even if it is negative, will be several times less than in Scenario 1.

Trailing option is automatically disabled if the number of grids is reduced by half from the number set initially when you started the bot. This is done to eliminate the inefficiency described in Scenario 1.

Setting up Trailing option for the Bitsgap bot will allow you to achieve full potential of the active growth of the cryptocurrency. Remember the basic rules of bot configuration and it will bring you top results.

Set at least 20 grids to activate the Trailing function. Bitsgap recommendation is to use at least 40 and adjust your profit per grid equal or higher than 0.4%